Nowadays it is rare to find notebooks with optical drive included. The ultrabooks (thin and light) from a few years ago has become standard in the mobile PC industry. Now the tablet/hybrid seems to be the new definition of thin and light.

However to save cost in manufacturing and design some laptop models still have the traditional design and build from a few years ago. Although some laptops do not come with a dvd-drive, the housing or casing of the laptop actually still often has an optical bay. It’s compartment in the laptop where you can actually put a laptop dvd-drive. In design terms it is not an efficient use of space but allowing manufacturers to use an old design can save a lot of production cost. 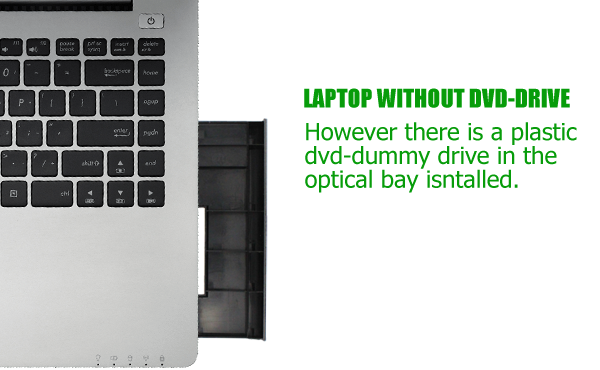 In this compartment you will often see an plastic dvd-dummy installed. It is a plastic holder which does nothing but to fill the gap of the compartment.

Perhaps you could use the dummy to make a secret compartment in your laptop to hide your candy or a small USB stick. Still it is a poor use of space. However the optical bay does allow us to install a dvd-drive or a HDD Caddy with an extra hard drive or SSD. The 2nd option is perhaps the most interesting for most users. By utilizing the extra space you could now have two drives in your laptop allowing you to make back-ups, add storage space, make dual boot system, or a raid system.

In order to install a dvd-drive or HDD Caddy you basically connect these devices to the SATA port of the motherboard on the laptop. SATA connection is a direct connection with the computer for mostly storage devices (because it is fast, also faster than USB). Most laptop have two SATA ports, one is in the HDD bay and the second one is at the optical bay (newer laptops even have three, so called M.2 port). However some manufacturers decide to save more cost by leaving out the second SATA port! That is a really bummer because then you are not able to install a SATA device like a dvd-drive or HDD Caddy. In most cases (like Lenovo laptops) this is basically a flat cable with a SATA optical drive connector. Unfortunately this cable is in most cases only available as a spare part (removed from an older computer). It is hard to find a 3rd party selling or producing this cable. However you sure will be able to find a foreign seller on eBay or Amazon providing this cable. The cable is not expensive, it should only be a few dollars/euro.

Find all models here. Choose your laptop below: 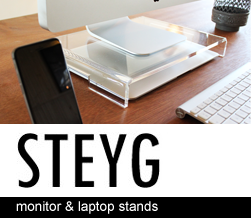